Six ANS. One sign of masterful artistry is the ability to take a conventional context and skew it, remaining accessible while challenging the listener to travel to unexpected places. When pianist Marc Copland does it, though, chances are its going to be a lot more like the reality of love—complex and multifaceted, as bittersweet as it is tender, and as ambiguous as it is unmistakable If anything, the trio has become even more intimate and more finely-attuned to their individual and collective subtleties.

Copland is remarkable: delicately adjusting line and harmony, constantly confounding expectations, he reconciles surprise with inevitabliity, each performance balancing logic and lyric beauty. It's as if things are refracted through a creative sensibility in which the familiar is refreshed and the new presented complete, such is Copland's inventiveness - and the sure-footed richness of this trio's dialogue.

He hears sounds no one else does and his harmonic sensibility is expressed with spellbinding delicacy and satisfying ambiguity. Time Within Time is a rich and hauntingly beautiful recording from an artist whose eye is always on the core of song, and whose formidable abilities are always the means, never the end. His command of articulation, music box clear at times, misty and slurred at others, gives him the ability to probe the emotional depths of these pieces. He projects the shading of feeling much as a great actor can. Copland uses these particularities of tone to heighten a certain sense of vulnerability.

But what is most notable is the way everything comes together for a masterful, rewarding recital of great musical and emotional depth. That unto itself is a tall order for a musician. Yet, Copland pulls it off in rather poignant fashion during this quietly penetrating release.

Strongly recommended…-"-jazzreview. Marc Copland is one of them. To construct a catalog where each new CD contributes to a concept of jazz open to the winds of creation. A very rare mixture of density in melodic thought, of serenity, of urgency. A music with all unnecessary chatter squeezed out. Gary Peacock, one can imagine him sometimes exhausted by the charms of Keith Jarrett for quite some time. With Marc Copland, a late blooming and all the more convincing pianist, he rediscovers a vigor of response and suggestion that shapes from their quest a dialog at the highest level.

What they find together thrills from start to finish. By paring things down to the barest essentials, they have created a recording of quiet beauty; dark and mysterious, this is chamber jazz at its best. The album closes with the second reading, this time a solo rendition from Copland, where the harmonies are less direct, more abstruse. Crispell comes at the piece from a slightly more jagged, avant edge; Copland from a more romantic impressionistic point of view.


Both are beautiful versions, but Copland is clearly the more graceful of the two. Peacock, now nearing his sixth decade of performing, always manages to create an environment that is unpredictable and full of surprise. For those who think that free improvisation implies no sense of structure or composition, these three pieces are as good a place as any to change that mindset.

That Peacock should be capable of music with this much dignity should be no surprise; neither should it be especially surprising from Copland who, while a late starter on his chosen instrument, continues to develop a personal approach that combines the best of American and European traditions. But what happens here seems still more like a masterpiece. Jazz Magazine France , Feb.

Since the beginning of the 20th century, Claude Debussy removed the hands from the clock to undertake time travel. His body stirred no longer so everyone thought he was sleeping , but his soul wandered merrily In this way, he was able to find himself in in the cathedral at Clermont-Ferrand to relish the organ improvisations of Jean-Philippe Rameau, or in in Paris to delight in the music of the future--which often horrified him. The jazz music that issued forth grabbed his attention immediately.

The marvelous sound of this piano, the wood-ish power of this bass, the incredible orchestral richness with these two musicians made to surge from their instruments, all of it fascinated him. Profoundly moved, he recognized his influence here with a chord, there with a scrap of melody. These musicians knew how to listen to each other, to create a world, to converse as two gentlemen whose instrumental distinction had no equal in undeniable musical culture.

And then, this mysterious quality called swing, he heard that also. It seemed to him almost implicit, like soft felt, rustling under each note. If he could he would have stayed there forever, but the mechanical needs of his machine, as well as his insatiable curiosity, made him depart for another space-time. But he would never forget the excitement aroused by this Marc Copland and this Gary Peacock. Le saviez-vous? Since then, Copland and Peacock a pillar of the Keith Jarrett trio and ex-companion of Albert Ayler and Bill Evans have never lost sight of each other, renewing their dialog whenever possible.

But never has their complicity been put to such good advantage as it is on this disc. Copland, a musician of harmonic language and an exceptional intelligence, and Peacock, he of a supreme level of play, perform here with precision, attaining heights of musicality that are rarely seen.


Piano Magazine France What it Says, before all else, is that Marc Copland is finally being recognized as the major pianist that he is, in the creative lineage of Bill Evans. It says finally that the power of this music, and its capacity to infiltrate the most intimate of our auditory fibres, are palpable and durable evidence of the empathy uniting Marc Copland and Gary Peacock. 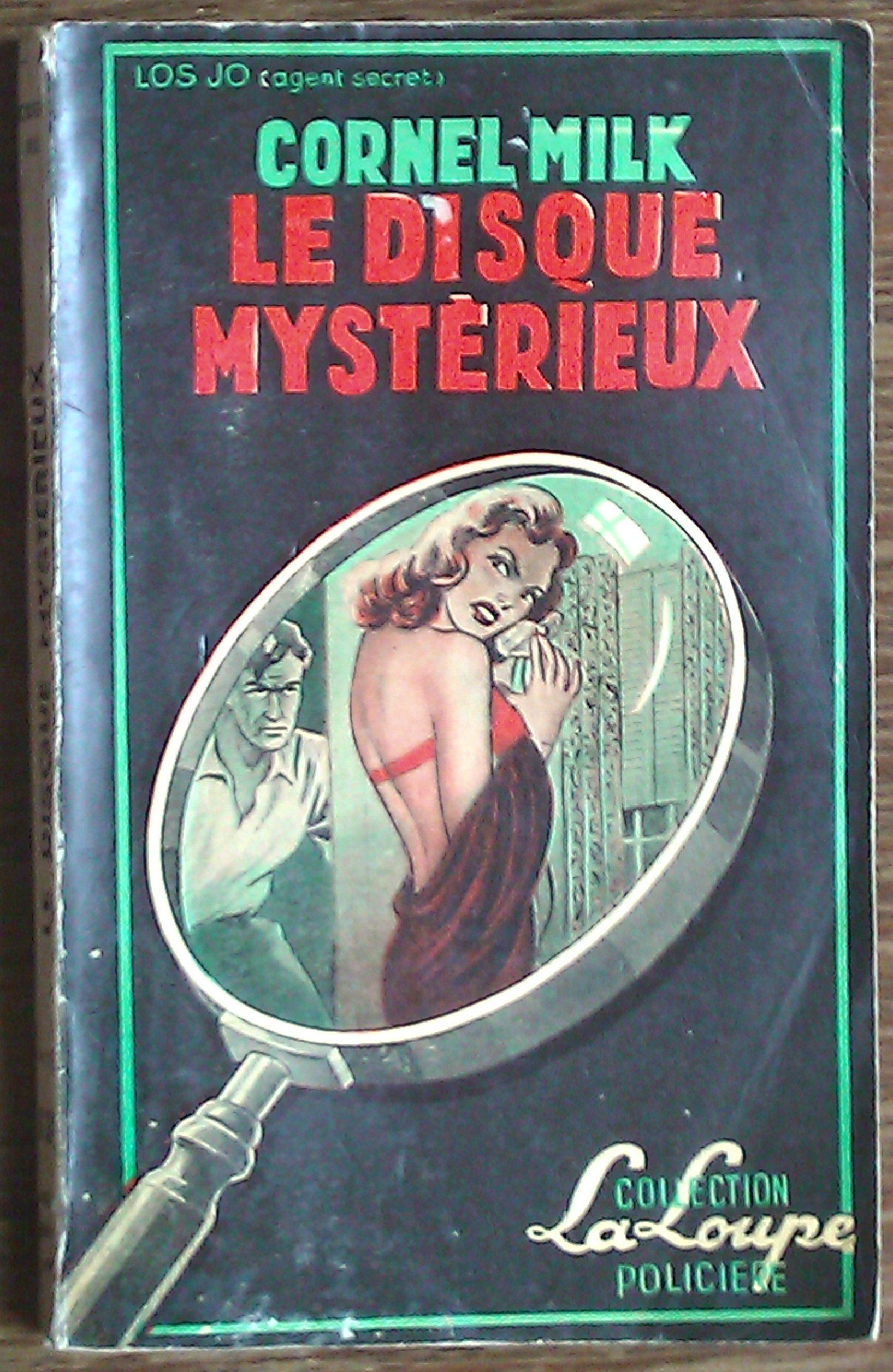 Copland p , Osby as In a genre diametrically opposed to the din that lacerates the false quietude bordering the urban jungle, and to the sometimes hysterical trepidations which believe themselves to be its echo, here is an album only appears to be tranquil.

From the solo recording Poetic Motion to group recordings including Haunted Heart and Other Ballads and And…, Copland has continued to hone a style that is marked by profound impressionism and a penchant for dark, brooding material. He has demonstrated an eagerness to explore ongoing musical relationships, as he has with Gary Peacock on What It Says, as well as new ones including Round and Round, which teams Copland with alto saxophonist Greg Osby.

Found in an unusually introspective mood, Osby is another ideal foil for Copland, who seems to pair naturally and empathically with everyone he meets. Round and Round is another fine recording from a pianist who is gradually developing a reputation but has yet to make the leap into more broad exposure. Clearly, on the strength of this and other recent recordings, Copland deserves a larger audience.

Surely, with beautifully recorded albums such as this that demonstrate a consistent yet evolving conception, and an outstanding ability to work with a rich variety of artists like Osby, the time will come when Copland is recognized as the artist of consequence that he truly is. Liebman ss, ts , Copland p. Marc Copland Poetic Motion "This is really a piano recital Which doesn't exclude steadfastness.

Pas seulement. By Gerard Cox Anyone who is not by now familiar with the story of Marc Copland should first hear this before they read this review and then hear the disc it is about. The fact of the matter is, Marc Copland did not take up piano until the age of That's right- Copland was originally a saxophonist, and quite a fine one at that, being very active on the New York scene in the 70s until he began to have the realization that he could not adequately express the lyrical possibilities he was thinking about in music on a horn- no, he would have to resolutely "sit down" at the piano, and play until he could make that black-and-white mass choir sing.

The story as we know now had a happy ending, as "Sing" Marc Copland's piano playing now does without question. And actually, there is more to this, as not only his lyrical style, but his harmonic sophistication, his touch, and control of dynamics with the footpedal have all become well- the stuff of legend.

There are actually stories of young piano players who go to a Copland gig and then sit right near the stage to stare at his feet, to observe the nuance of how he works the damper pedal of the piano.

But a pedal exhibitionist, no- a "master": yes. So today Copland is widely respected amongst those in-the-know on the jazz scene as a quiet giant of "his" instrument; there is nothing outwardly revolutionary about his playing but his sheer refinement and understated excellence is a revelation in- itself. And while it may be confouding how one could make such a claim on behalf of their second instrument, begun at age 35, Copland has nonetheless made believers.

Anyone who has had the opportunity to play with him or hear him play quickly learns this was not the stereotypical musician picking up a second instrument in his middle years; no, this was a "man on a mission"- and the redemption of an unfulfilled muse it would seem. Copland had to express his muse in a better way. We can hear Marc Copland and his trio express their muse amply here on this first record for Hatology records, "Haunted Heart and Other Ballads. Copland reveals his philosophy on this recording in his liner notes, when he writes "Playing ballads, is in many ways, the ultimate musical challenge.

A ballad is like a window into the soul of the artist A further, perhaps deeper connection to John Coltrane's aesthetic though is involved in the inclusion of two simple, yet totally melodic tunes Trane favored: My Favorite Things and Greensleeves. Like Trane Marc Copland evidently sees something very compelling in a simple folk melody like Greensleeves; he sees beyond the deceptive simplicity of such interval-grounded tunes and as such sees something very worth exploring.

Finally, there is also an uncommon "pop" tune here represented in- common with the rest of the program. The often-subtle balladry of Sting is represented by "When We Dance.