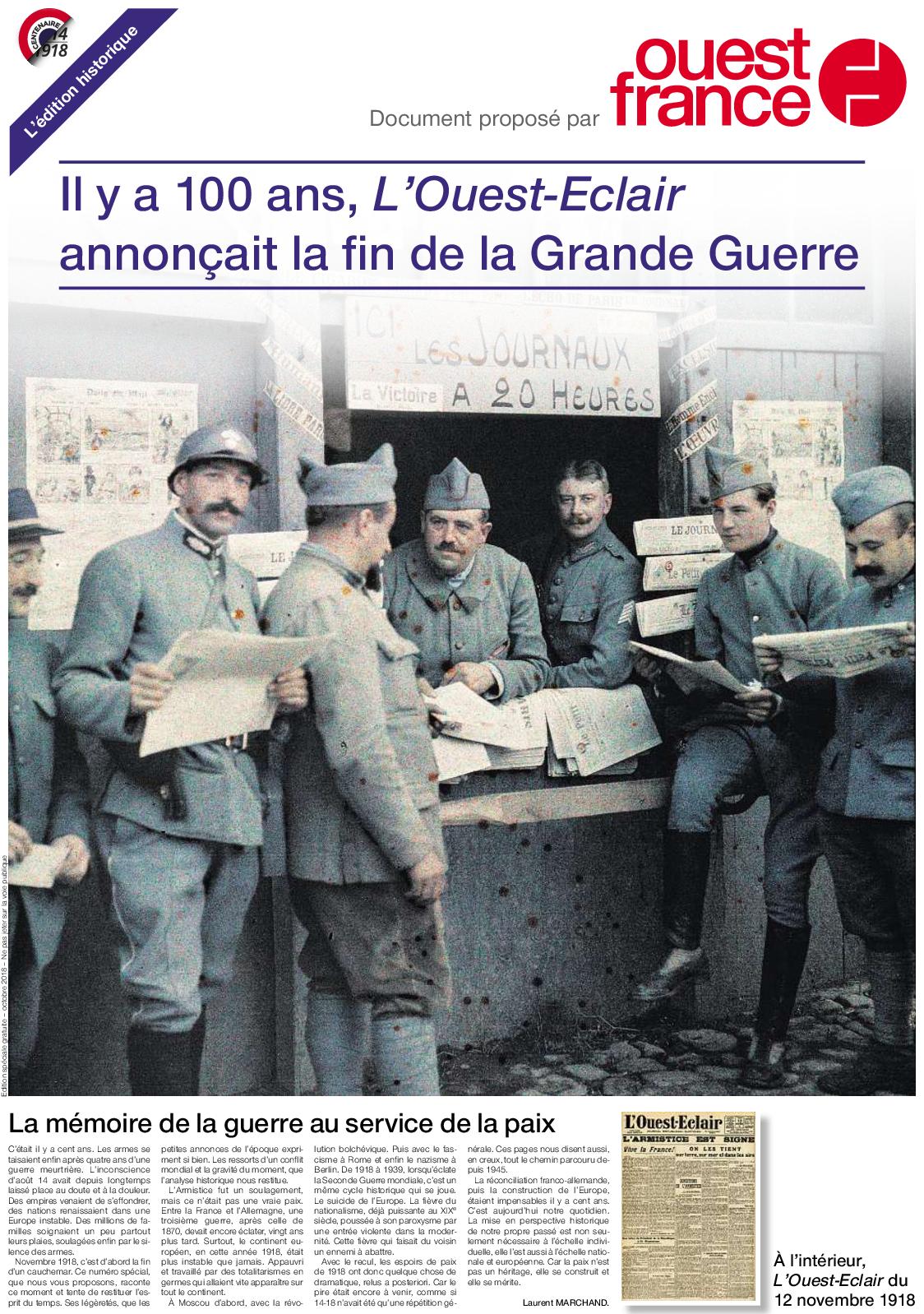 Their publication encourages certain publishing houses to specialise in this kind of text. In fact, by writing this, both historians were certainly not calling for the abandonment of testimonies as a source, but rather to more critical attention in the face of this editorial surge. According to Prost and Winter, the transition from the period of witnesses to the period of historians, from memory to history, is neither progressive nor linear.

Now, the voice of the soldiers, responding to a social demand, is considered legitimate. We would be mistaken to believe that it is a marginal phenomenon. A few hundred testimonies, in a broad sense, were published during the war in France. A comparable phenomenon took place in the other engaged countries. To such an extent that certain historians who took part in the war also judged it useful to write their own war narrative as Marc Bloch did. This was a way to return to a criticism of testimonies from a historian perspective, whilst being preciously ahead of its time, to an analysis of the social function of the circulation of information during war time.

The decline in the publication of war narratives ought to be analysed in parallel to historical works pertaining to the conflict.

This was perhaps due to a broader disinterest than just for the conflict itself. It is thus not surprising that historians turned away from these texts that had a more ambiguous status, lying between narrative and journal, testimony and fiction. If it seemed logical to do reviews in history journals, either of a testimony or of a war narrative, this was very much less so the case for a novel, even if it had a testimonial dimension and vocation.

Though not a historian by trade, his book was published in a renowned collection of history books subsidised by the Carnegie foundation for peace but was poorly received in France. In order to do so, he used the methodology of historians by basing his analysis on the external and internal criticism of the sources, in which his own subjectivity also emerged.

We here have the example of a hybrid work that is neither history nor testimony and yet that is both at the same time. Quite the opposite. From the side of historians, the men at war staged at the centre of their preoccupations, but more as a mass than as individuals caught in the maelstrom of the violence of war. This is translated by new relationships between witnesses and historians.

This wave of unpublished texts retrieved from the attics of families is hardly likely to diminish and we should be pleased about it, because some incredible troves have been discovered. This interest from historians, publishers, the public, has also made it possible to have access to testimonies of non-soldiers, namely of occupied journals. But they have also become central well beyond the historical sphere. Smith amongst others, agreed with their warning and criticised more precisely the use of testimonies as a form of proof in argumentation, showing that it is possible to twist a corpus of testimonies to say both one thing and its opposite.

Its social and historiographic uses continue to cause a stir.